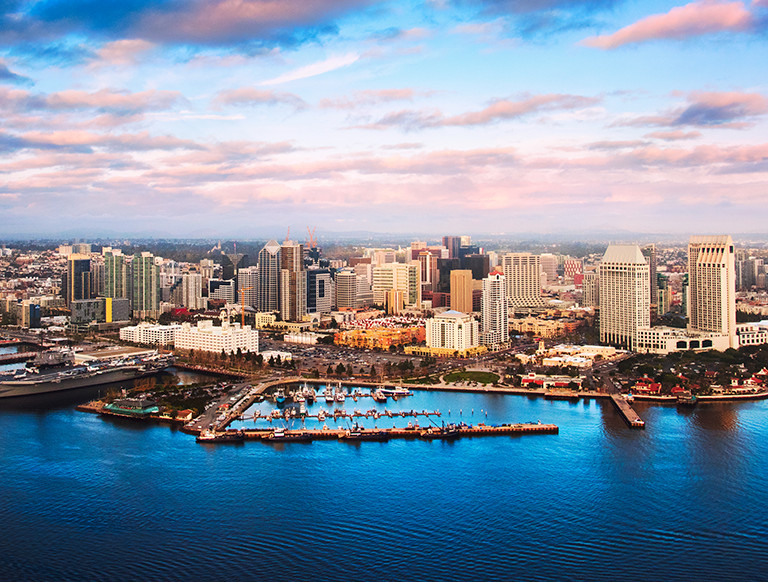 San Diego home prices continued to rise in the fourth month of the pandemic and outpaced all other California cities and much of the nation.

Prices in the San Diego metropolitan area were up 5 percent in June, the S&P CoreLogic Case-Shiller Indices reported Tuesday. That was more than the nationwide average of 4.3 percent and San Diego’s gains were the seventh fastest of the 19 metro areas included in the index.

Analysts say low mortgage interest rates and limited supply, because potential sellers are keeping homes off the market out of COVID-19 concerns, are pushing up prices.

San Diego prices have risen faster than other California metro areas on the index for 11 months. In June, home prices were up 3.9 percent in Los Angeles and 1.4 percent in San Francisco.

Prices were up the most in Phoenix, 9 percent in a year, of the 19 metro areas. It was followed by Seattle at 6.5 percent and Tampa at 5.9 percent. Chicago had the smallest gain at 0.6 percent. An open question is what has been happening in Detroit for four months because its recording office has been closed since the start of the pandemic.

“While recent data suggest headwinds such as the enduring spread of the coronavirus,” he wrote, “and uncertainty surrounding the next round of relief payments could jeopardize the path of the economic recovery, these concerns haven’t materialized in home prices to this point.”

Home prices were up in all cities covered by the index, but the pace has slowed slightly in the last two months. For instance, San Diego home prices were up 5.8 percent in April, its highest in nearly two years.

Craig J. Lazzara, managing director and global head of index investment strategy at S&P Dow Jones Indices, wrote in the Case-Shiller report that it would still take more time and data to know if the market was slowing down or getting ready to accelerate again.

“That said, it’s important to bear in mind that deceleration is quite different from an environment in which prices actually fall,” he wrote.

The Case-Shiller indices take into consideration repeat sales of identical single-family houses as they turn over through the years. Prices are seasonally adjusted. The San Diego County median home price for a resale single-family home in June was $655,500, according to CoreLogic data provided by DQNews.

The rate for a 30-year, fixed-rate mortgage in June was 3.16 percent, said Freddie Mac, down from 3.8 percent at the same time last year.

Hepp said the housing market has not been affected by high unemployment. The unemployment rate in San Diego County, when adjusted for seasonal swings, was 14.9 percent in June and 11.1 percent nationwide.

“In one group, there are those who lost their income and are relying on forbearance programs,” she wrote. “In the other group, which fared better, individuals are able to purchase a home.”