Should One Wait Out This Wild Housing Market? 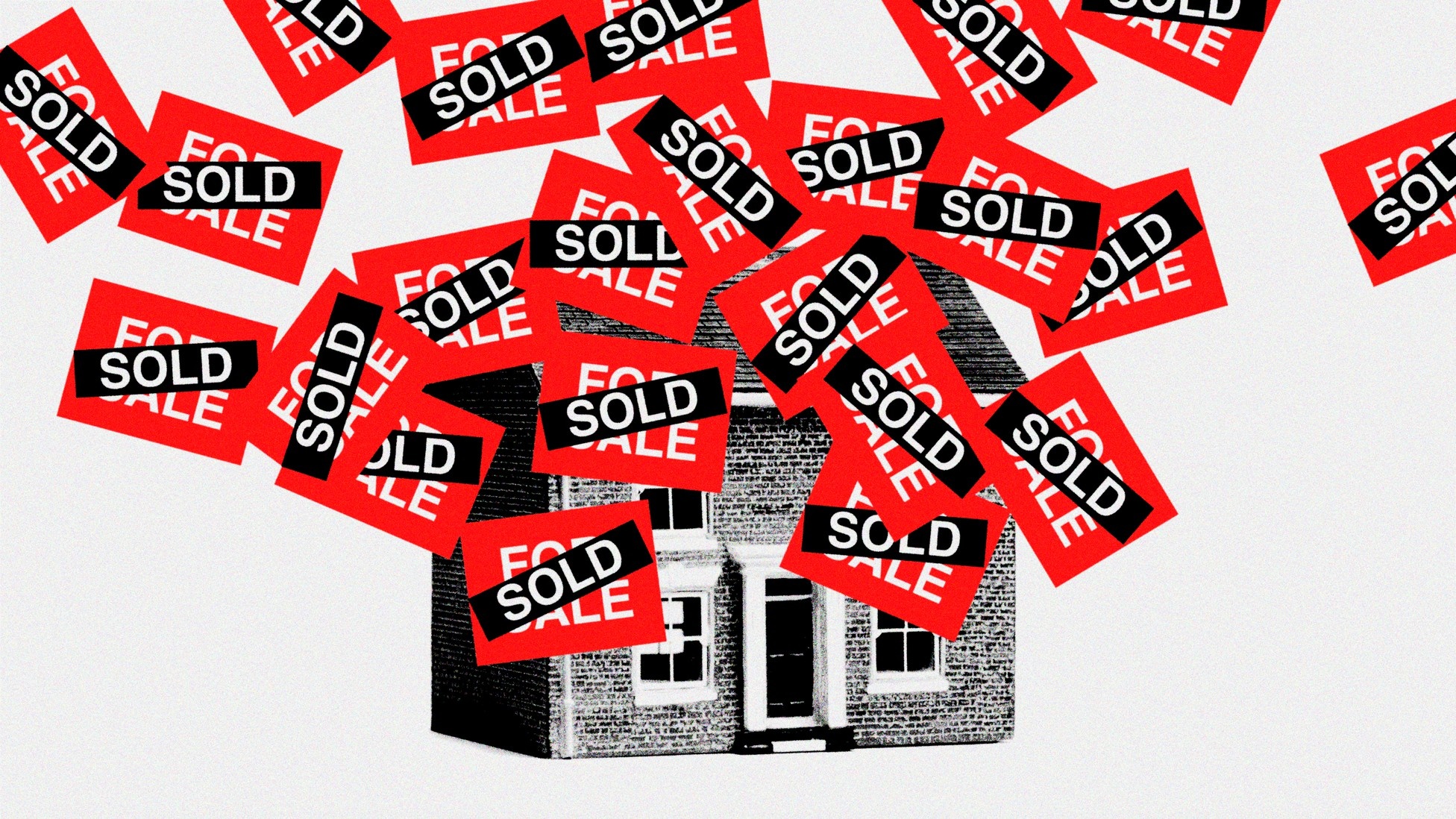 I ran across this article By Derek Thompson this morning, except the headline actually read:

Why You Should Wait Out the Wild Housing Market:

There may be rising inventory in other parts of the country, but not here in San Diego County! Take a look!

But the article makes some very interesting points about why there are SO few homes on the market, so I wanted to share it here - and again, in our newsletter. Let us know what you're seeing in YOUR neighborhood!

How wild is the U.S. housing market right now? So wild, half of the houses listed nationwide in April went pending in less than a week. So wild, one poll found that most buyers admitted to bidding on homes they’d never seen in person. So wild, a Bethesda, Maryland, resident recently included in her written offer “a pledge to name her first-born child after the seller,” according to the CEO of the realty site Redfin. So wild, she did not get the house.

With prices headed to the moon and listings blinking in and out of existence like quantum particles, nobody seems to know exactly when this is going to stop. “In my time studying housing markets, I’ve seen bubbles and I’ve seen busts,” says Bill McBride, an economics writer who famously predicted the 2007 housing crash. “But I’ve never seen anything quite like this. It’s a perfect storm.”

On the demand side, demographics are the big, invisible engine driving the machine. Millennials are the largest generation in American history. Having been too financially constrained to buy houses at a normal rate in the previous decade, many of them are now storming into the housing market. Some might feel a desperate need to escape their current apartment, basement, or home after the coronavirus pandemic closed much of the world for more than a year and led to an outbreak of mind-numbing cabin fever. To make things even wilder, homebuyers are flush with cash after a year in which the national savings rate soared to its highest level in decades. On top of all that, interest rates, having basically declined for most of the past 40 years, recently touched new lows, luring more buyers into the market and encouraging higher bids.

More generally, the pandemic turned the kaleidoscope of U.S. migration, and many families—especially many high-income families with work-from-wherever jobs—are shopping around for sunny, spacious real estate and bidding up prices wherever they land. “We’ve never seen migration like this,” executives at Toll Brothers, the real-estate company, recently said on an earnings call. “Just shy of half the buyers are coming from out of state” in the hottest markets of Idaho, Texas, and Florida. When people leave multimillion-dollar houses in, say, Los Angeles to plunk down $1 million on a house that was worth $500,000 a year ago, they turn a merely frenzied housing market into a once-in-history, hair-on-fire, what-the-hell-is-happening bonanza.

Supply issues are just as important. Years of insufficient building and a construction pause during the pandemic have led to low inventory. Seniors, who in previous decades sold their homes to downsize, are now more likely to “age in place,” which is keeping millions of homes off the market. Plus, some builders are putting their projects on hold because of the sudden tripling of lumber prices, which could delay the construction boom this country so badly needs.

The 2021 housing craze feels as sudden and shocking as the pandemic, but it was decades in the making. The emergence of the huge Millennial generation in the 1980s made strong housing demand in the early 2020s entirely predictable. The Great Recession’s clobbering of the construction industry made today’s housing shortage equally foreseeable. Indeed, McBride, the economics writer, saw all this coming from a mile away. So, I asked him, what does he see happening next—a rise, a crash, or a plateau?

“It’s not clear at all to me that things are going to slow down significantly in the near future,” he said. “In 2005, I had a strong sense that the hot market would turn and that, when it turned, things would get very ugly. Today, I don’t have that sense at all, because all of the fundamentals are there. Demand will be high for a while, because Millennials need houses. Prices will keep rising for a while, because inventory is so low.”

The only places where McBride told me he could envision a bubble bursting are locations where urban residents bought second homes in a panic—only to have the urban core quickly get vaccinated and normalize in 2021. “We might see some price declines in the second-home areas, like small towns in New England and other beach towns on the East Coast. But even there, we just might see a shift where more people decide that they like owning second homes.”

If you want to know where real-estate prices are going in the next month, he said, the key metric is inventory. “It’s hard to precisely measure housing demand,” he told me. “It’s much easier to study available inventory.” After crashing to an all-time low in April, active inventory has actually increased for three straight weeks. That’s the good news. The bad news is, at its current pace, the number of houses on the market nationwide won’t reach normal levels for about 14 months, all things being equal.

Still, rising inventory is one of several signs that we may have reached peak ludicrousness. The share of homes that have to reduce their price to sell is finally ticking up after a historic plunge, according to the real-estate research firm Altos Research. Housing starts are back to their highest levels since before the Great Recession, even with lumber prices in the stratosphere. Although there aren’t a lot of homes on the market, there are a lot of new homes on the way—buyers just need to be a little patient.

At the end of our conversation, I presented McBride with a scenario that I’ve heard several times from friends and on internet confessionals. Let’s say you’re a couple in your 30s or so, looking to buy a home. You devote your leisure time to Redfin, and Zillow pages have been flash-burned onto your corneas. You’ve put in several offers, promised sellers everything short of a shrine to their descendants, but you keep losing out. Do you recommit yourself to the Zillow chase, throw in the offspring shrine, and raise your max price in the expectation that things will only get crazier with time? Or do you wait?