Types of Roads That Can Have a Big Impact on Home 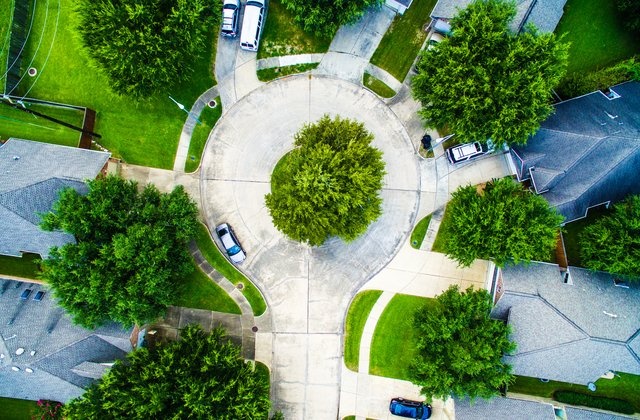 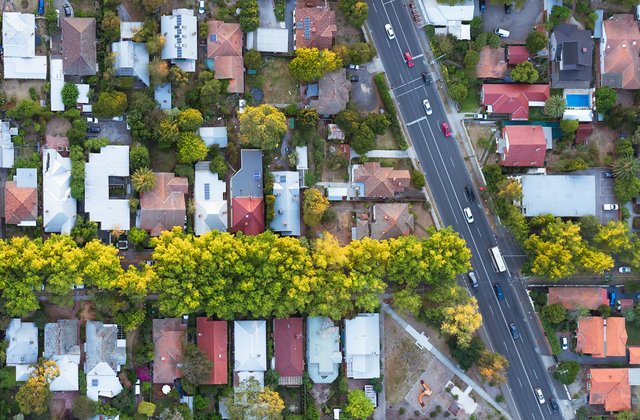 A homebuyer’s must-have list often includes a certain number of bedrooms, updated appliances and a garage or backyard. But one detail that’s sometimes overlooked is just outside the property lines – and it’s a major deal-breaker for many. The road your house is located on, backs up to or is even in the general vicinity of can have a significant impact on your quality of life as well as your home’s resale value and how long it takes for you to find a buyer. Before you buy your dream home on a busy street or near a railroad, consider how these roads and locations can become a major turnoff for future buyers. 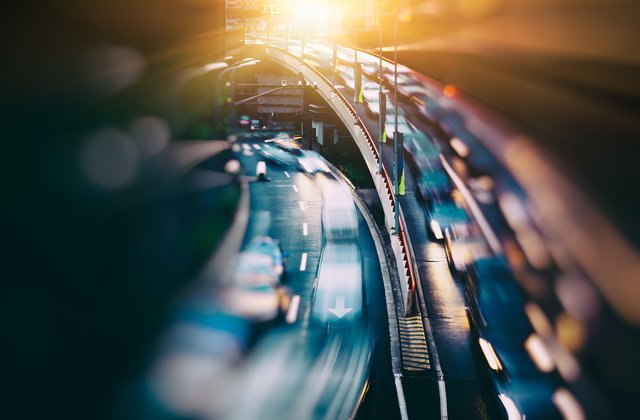 Living off of a road that sees a lot of traffic throughout the day can make for a hassle getting in and out of the driveway. And when you decide to sell, potential buyers will worry about its resale value, says Greg Hague, CEO of Hague Partners and 72Sold.com, real estate brokerages based in Scottsdale, Arizona. “The biggest detractor in home values (on a busy road) is the fear that buyers have that these homes will be harder to sell,” he says. It might take more time on the market and a lower asking price to entice buyers over a similar home on a quieter street. 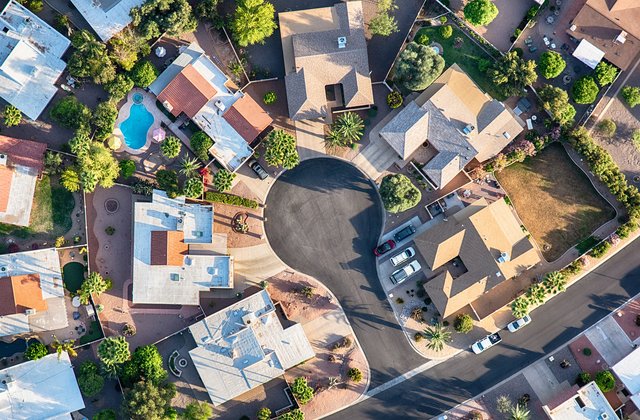 A cul-de-sac is a dead-end road with only one entrance and exit to other streets, and on residential streets it often includes a circle for cars to turn around. Often located deep within a subdivision or at the end of a neighborhood, a cul-de-sac means minimal traffic, which will be a big selling point down the line. The farther inside the neighborhood you go, the less traffic you’ll experience and the more desirable the houses typically become, explains Roberta Parker, a real estate agent for Berkshire Hathaway HomeServices Fox & Roach, Realtors in Princeton, New Jersey. A cul-de-sac may also back up to a wooded area or undeveloped land, so homeowners benefit from the added privacy of having no neighbors behind them. As Parker says: “A cul-de-sac is your best investment.” 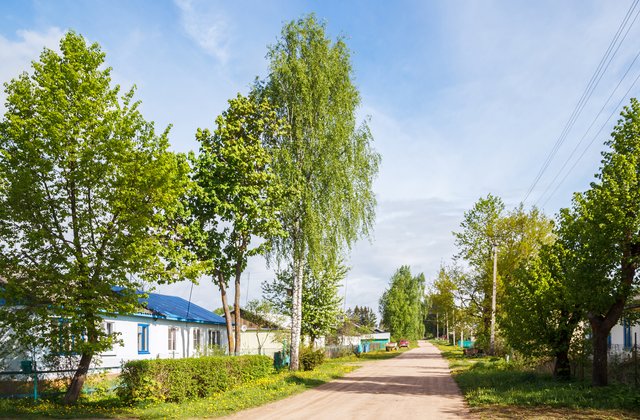 Some people prefer to get away from heavy traffic so much that they’ll leave pavement altogether. A dirt or gravel road will certainly attract fewer cars, and properties on a dirt road are often larger with more land. While a buyer should expect his house and car to be dirtier because of the dust or mud of the road, many homeowners consider it a fair trade-off. “We don’t really find that that is a detractor in value – it’s a lifestyle,” Hague says. While you may not have the same size buyer pool for your house as a home in a developed subdivision, you shouldn’t have to worry about would-be buyers seeing your dirt road as a negative in terms of home value.

Near a traffic light 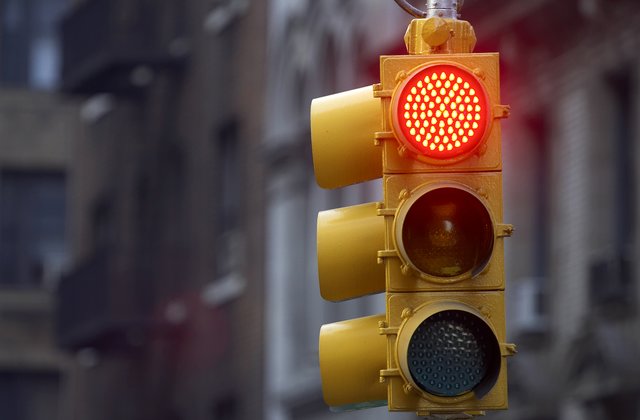 Even if your area doesn’t experience high traffic volume throughout the day, having a traffic light within eyesight of your home can be irritating. Timothy Somers, a real estate appraiser and partner at the appraisal firm Davis M. Somers Co. in Ann Arbor, Michigan, lives near a traffic light. For him, it’s the noise from idling cars at the red light that can be a bit bothersome, although he’s gotten used to it over the years. “It can get noisy at times – not so much the traffic, but the loud music and that sort of stuff is annoying,” he says. Potential buyers may feel that way too.

An alley is a narrow street between buildings, often in a city setting, that may not even be marked on a map. But in older cities and historic districts, you may occasionally find property addresses that take you to a door in the alley rather than on a main street. It may be hard for visitors or potential buyers to find, but Hague explains an alley entrance is considered a plus for home value: “You obviously have no traffic – just foot traffic. It’s unique, and people like unique.” The feeling of privacy and exclusivity can play up the desirability of the home and make a buyer willing to pay more for it.

The area might not seem busy if you visit on the weekend, but if the home is located on a two-lane road with a double yellow line to prevent cars from passing each other – most often found in less-populated suburban or rural areas – Parker says it’s a red flag that a lot of cars use the road. “A double yellow line is an indication that there is more traffic, and it’s not typical of just a neighborhood. A double yellow line is a serious road,” she says. Expect it to be difficult to turn left out of your driveway during peak traffic hours. Also expect speeds higher than 25 miles per hour, which may make spending time in the front yard feel unsafe if you have pets or young kids.

Regardless of how far you travel to work, a home next to an on-ramp is not ideal due to the noise pollution and the difficulty you’ll have trying to sell it in the future. It's better to live in a neighborhood that is set up to provide easy access to commuting options and where you won't have to see or hear traffic from a highway.

With a railroad near your home, you have a whole new type of car to be concerned about. Trains are loud to begin with, and if you live near a tunnel, train station or railroad crossing, expect even more noise as conductors sound horns and bells to ensure the track is clear. “Some people would shy away from a location like that. … When a freight train rolls through, it clanks, and there’s horns and more noise,” Somers says. If you’re considering buying a house near a railroad track, find out how often it’s used and the times of day trains will pass by. A regular midnight freight train could keep you up at night in your new home.

A brick or cobblestone street often comes with the assumption that the houses on that street are as old as the paving. You may even live in a historic district of your city or town. “They’ve kept that (paving) because it has a such a historic and a kind of cool feel,” Hague says. A well-maintained house on a historic street will attract many potential buyers willing to pay top dollar for the location and overall look. Living in a historic district also means you’re expected to maintain your home to historic standards, so you’ll likely need to seek approval to paint your house, renovate the kitchen and even update the plumbing. All of these projects are likely to be more expensive for historic houses, as you may need to hire contractors with experience working on historic properties.

Attitudes about corner lots within a neighborhood can vary depending on an individual’s preference, but Somers says preferences have evolved to favor interior lots. “Corner lots back in the ‘50s and ‘60s were a premium site. Today people will steer clear of them; they don’t like them as well,” Somers says. “Because of the yard configurations, they usually end up with a small backyard and large side yard. It’s less appealing than the standard interior lot. Plus, they’ve got twice the sidewalk to shovel.”